As we all adjust to being confined to our homes we’re actually working harder than ever to make sure Wishloop emerges from the pandemic stronger than before.

The observant amongst you will know it’s been a while since I wrote an official “Wishloop updates” post.

This isn’t because we haven’t done any (quite the contrary, most weeks we release several updates and bug fixes), however we haven’t been communicating these as well as we could have.

And in this post I want to introduce some new features that we have just released as well as give an early indication of what we’re currently working on.

Let’s get straight into it, starting with today’s new updates…

Lets face it, the text editor in the builder was looking a bit dated.

Here’s a screenshot of the old editor:

We knew we could do better and have been secretly working on a new editor for several months.

As there are hundreds of Wishloop templates, tens of thousands of live Wishloop campaigns and millions of user impressions being generated on a weekly basis, updating something so central to the platform has been a major challenge for us.

Of course, challenges are there to be overcome 🙂 so today i’m proud to announce the release of the new inline text editing experience.

Not only does the new editor look better, the experience of using it just feels better too.  It’s more natural, putting you directly in touch with your campaigns.

And the code the new editor produces is also far cleaner.  And faster!

Honestly there’s not much to dislike here.  I think you’ll notice an immediate improvement

Regular users may notice that we’ve added more traditional drag handles to each widget, so you’ll need to make some minor workflow adjustments for that as clicking within the widget will now directly edit the text (previously text editing required a double click, and single click+hold would let you drag the widget)

Cursor key movement of the elements is also no longer enabled, however we hope to bring that back in a future update.  For now, you can use the positioning options in the “Arrange” tab of the right side setting panel.

And there are a few other minor issues still to iron out, like improved logic for when the editor overlaps the other toolbars, but these are relatively minor UX improvements which actually require some significant coding to get right, so we’re postponing these enhancements for now.

As with any major update, there may be some bugs that we haven’t found during testing, so if you see anything amiss, please let our support team know.

The new editor also supports emojis, which opens up a whole load of new opportunities for bringing new life to your campaigns.

Here’s how the emoji selection looks in the new editor.

One of our most requested integrations is now live.

Sendinblue have quickly established themselves as one of the hottest email autoresponders on the block.  With a very competitively priced platform and a strong feature set, they’re well worth a look.

On that note, you may find this ebook I wrote a few months ago helpful (no optin required)

Don’t let your emails get blocked and reported as spam!

And to round off the current release of updates, we’ve also made a number of changes to our White Label Partner Program.

We’re seeing strong demand for our Partner Program as more people sat at home thinking about:

In recognition that a global recession is looking increasingly likely we’ve taken $500 off the white label setup fee.

But more importantly, we’ve also made some structural changes to allow our most ambitious partners to scale more quickly and securely.

We anticipate that with our future development plans, this will be needed!

So that brings me neatly round to…

At the start of this article I mentioned that we’re busy working on a lot of exciting new developments.

Without delving too much into the finer details, I wanted to give a brief outline of a few of these and also indicate a general direction of travel that we’re moving in.

You may have noticed that the Wishloop Marketplace has already been on our new Wishloop Pro page for a while now.

We’re hoping to launch the marketplace in a few weeks.

The marketplace is the core of our new vision for Wishloop and will become central to our user onboarding process and the campaign creation user journey.

What I’m really talking about is making Wishloop easier to use while delivering more immediate impact.

The new editor was the first step in this process.

The marketplace is the next big leap.

Our goal in all this is simple:

To help people see value sooner in their initial user journey, and to ensure they can get value quicker again in subsequent ones.

The marketplace makes this vision possible.

By focussing on quality templates with real world use cases and associated narrative, we can put our value front and centre.

you just tweak a few details to your requirements, and hit publish.

This is what the marketplace will bring.

Plus the marketplace will also streamline the current template sharing process, allowing users to share, import and track templates more effectively amongst themselves 🙂

Well we thought what better way to reward our current users than by letting them take a share of the marketplace.

If you like the sound of learning killer new marketing techniques, and getting all the new templates we’re currently creating

You’re also excited by the prospect of being able to give these techniques away as your own, completely rebranded and with the free templates linked to your affiliate ID

With new ways to promote each month.

It’s the sizzle and the steak

Btw, go give the new emojis a try if you haven’t already.

That’s all for today’s updates, we’ll have more info about the marketplace and the new associate program in the coming weeks

At a time when the business world has been brought to a near standstill, many companies are shifting to a value-first business model.

And many business advisors are preaching about transparency, authenticity, credibility.

Obviously we’ve been working on these projects for many months, but we’re proud to be in a position to be able to bring these updates to our customers in a time of much uncertainty.

On behalf of the Wishloop team I wish you and your families much happiness, health and prosperity.

We believe Wishloop has a bright future and we hope you’ll join us in the road ahead. 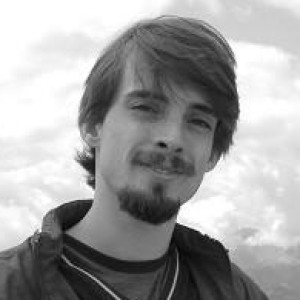 Join 25,000+ other smart marketers and get proven strategies on lead generation, email marketing and more...

37 Tips for Writing Emails that Get Opened, Read and Clicked

We’ve all been there … You’ve carefully crafted an email. You’ve polished each sentence. You’ve racked your brain for the very best subject line. You

Hey Wishloopers! In the first half of 2021, we’ve introduced some powerful new ways to generate leads and earn commissions with Wishloop 😄 So in

Ready to start your own lead gen machine?

The easiest way to attract and convert more customers